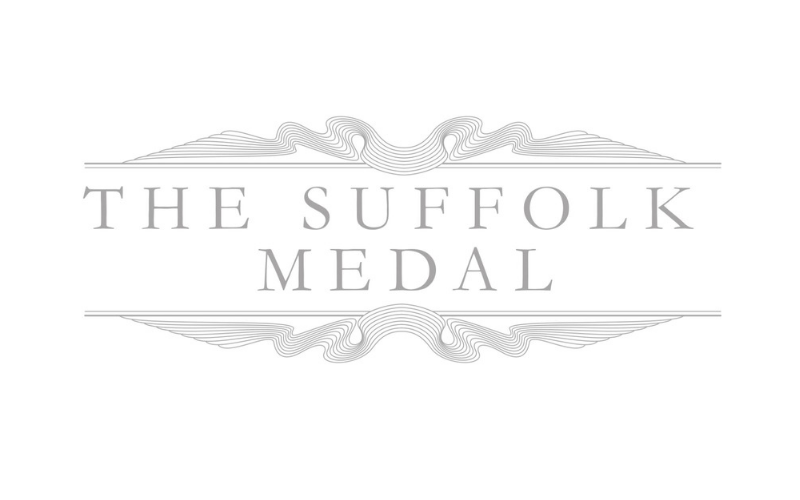 Suffolk is to have its own medal and recipients can be nominated by any resident. The public are being asked to get involved to ensure that The Suffolk Medal is the most prestigious award that the whole County can bestow upon one of its own. Nominations will be considered by a team formed of Suffolk leaders.

To find out more about the medal, and to nominate, visit www.thesuffolkmedal.org.uk.

An idea of the High Sheriff, George Vestey, the first silver medals have been designed by Suffolk-born, world-famous artist Maggi Hambling.

History chooses who it remembers and the most celebrated figures over time rise to the top without election – John Constable, Sir Bobbie Robson, John Peel, Benjamin Britten, Sir Alf Ramsey, Elizabeth Garrett Anderson, Sue Ryder and Thomas Gainsborough may well have been worthy recipients of the medal, were they around today.

The Suffolk Medal will help reward those that Suffolk people want to celebrate in the now, but it will also ensure that we play more of a part in actively shaping our own history in the future. The medal itself and the story telling around the medal will guarantee that more key people who were responsible for Suffolk’s most amazing moments are celebrated as are those who are the catalysts for addressing and solving our challenges.

Suffolk’s High Sheriff George Vestey came up with the idea, but very quickly found a very willing group of supporters from across Suffolk who could clearly see its value.

The purpose of The Suffolk Medal is to recognise, reward and champion the exceptional contributions of Suffolk people that have made a fundamental, measurable and lasting difference to the lives of people in our county and absolutely key to its success is that everyone in Suffolk is invited to play their part in putting names forward.

I feel honoured to be creating The Suffolk Medal but it’s also a challenge. I hope the medal will have a bit of what I feel about our little bit of sea, and the fact the sea is our edge of England.

It is also intended that those honoured every year will have their names recorded and their stories told in perpetuity, in an exciting interactive instillation at the new Suffolk Records Office – The Hold.

The panel, chaired by Suffolk’s Lord Lieutenant, currently includes representatives from business, the public sector and charities sectors, and they are looking for nominations from individuals from all areas of Suffolk and across all activities of local, historic and future importance to the county.

Those eligible for consideration will have gone above and beyond expectations in making a significant individual contribution to their community and, indeed, will have made a similar impact on the Suffolk of today as the finest achievements of the very best of our forebears who inspired Suffolk in the past. A clear demonstration of outstanding volunteering, either as a single feat, an accumulation of personal impact over a period of time or, indeed, a lifetime of selfless service will all be key elements for consideration.

The medal has been founded, and will continue to be funded, by private donations from Suffolk people to the High Sheriff’s Fund managed by Suffolk Community Foundation. The ownership, organisation and communications for the medal will remain associated with this fund and supported by the Foundation. The decision making will be led by a representative and independent panel of Suffolk leaders.

We have Suffolk Day to celebrate our glorious county, and now we have The Suffolk Medal which will allow us to reward extraordinary people who do wonderful things in our community. It’s a brilliant idea.

It will be really good to see a really diverse group of ordinary people living their lives but have an ideal, a passion for Suffolk, an idea that has changed peoples lives in Suffolk.

Business makes a huge contribution to people’s lives here in Suffolk, and The Suffolk Medal is also here to celebrate those people in business who act as civic leaders to support community development.

The Suffolk Medal is a wonderful idea and these awards will really recognise those people who have made such a huge difference to our society in the past and who will continue to do so in the future.