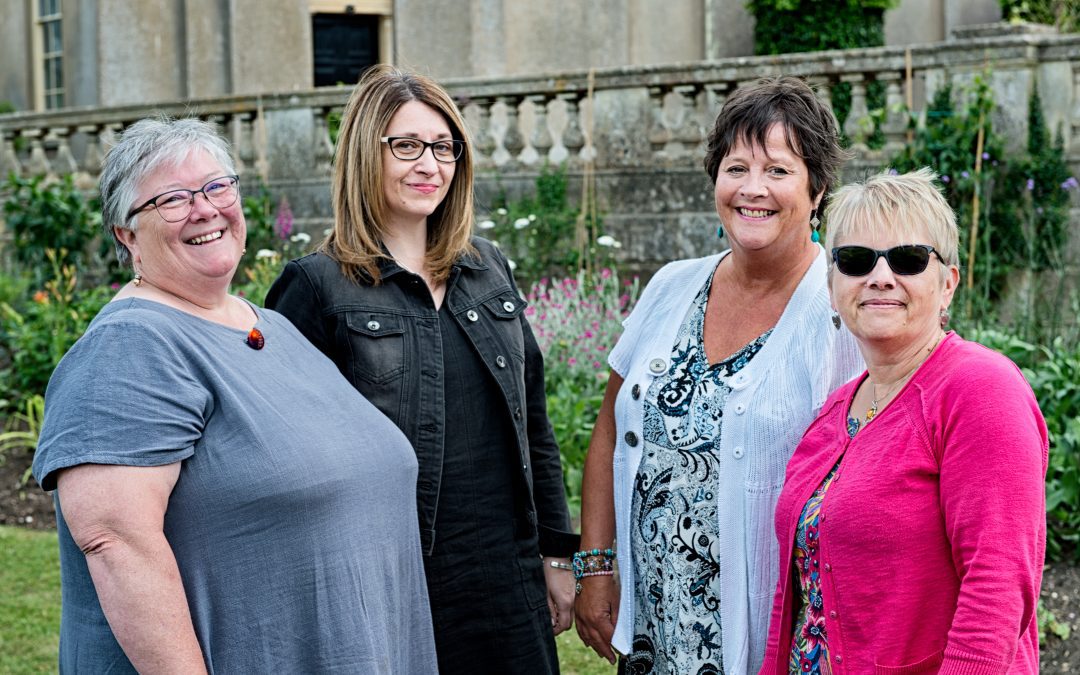 The impact of austerity measures on public services has seen them increasingly only able to signpost people in need to the door of the local voluntary sector. With limited public money to support what happens next, the result is a vital need for increased levels of both local giving and volunteering ‘people power’.
Large national charities do the campaigning and keep the needs of older people as high on the agenda as they can, but for Suffolk, it’s the smaller local charities that people go to when they need help.

As an aging society, there are now constant calls for retired people to step up and swell the ranks of our voluntary workforce, but could volunteering itself also be the key to a happier and healthier later life?

Leading Suffolk charities clearly think so but attracting a volunteer army does require resources and financial support too.

Research by Age UK tells is that two fifths of older people (about 3.9 million) say that television is their main company and half a million older people go at least five or six days a week without seeing or speaking to anyone at all. 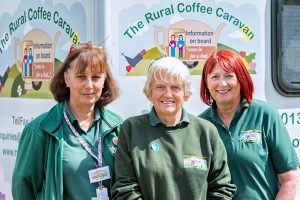 Suffolk charities, including Age UK Suffolk (who raise the majority of their funding locally) are among those trying to improve things for older people, along with even smaller charities like The Rural Coffee Caravan,

“We go to very, very, small communities that haven’t got a pub, shop or village hall,” explained Sally Fogden, Chairman of the Rural Coffee Caravan. “In some places we park on the grass of a triangle between three roads, when they haven’t even got a village green. If there is nothing in your village, there’s nowhere for you to go.”

Suffolk has double the national average of people resident in rural areas, the Rural Coffee Caravan support them to develop their own sustainable solution; it is a catalyst not the solution.

“I used the coffee caravan for some time,” said Trish, from Wingfield, a village that no longer has bus service or any facilities. “Then I lost my husband and went into a deep depression and, if it wasn’t for the ladies at the Coffee Caravan, I would have withered away. With a little push from the team, I went back and now I am much better and able to do everything.”

Suffolk charity, ActivLives, gets older people out of their homes to meet people, with a positive impact on the whole family. 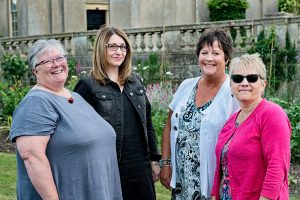 Julie Stokes and the team from ActivLives

“My parents were looking for something, as my mother had developed dementia, and we found ActivLives” explained Sue Cranwell. ‘’Then my father died, and I took on looking after my mother. Together we do chair aerobics and singing! It’s fantastic. ActivLives has brought us closer together.”

Retired people have long formed the core of volunteering for charities and they bring experience and life-skills as well as their time.

“People are having to stay in paid work for longer,” explained Julie Stokes, the Chief Officer for ActivLives, “luckily there are people who want to help, but we still need more. Over fifty volunteers help us to get older people out of their homes, meeting people, and making friends, reducing loneliness and social isolation.”

There are around 7 million people living with heart and circulatory disease in the UK. The Queen’s Award Winning Upbeat Heart Support offers support and cardiac rehabilitation classes in Bury St Edmunds and in Long Melford.
“When I first came to Upbeat I was frightened of going down the road,” said Peter Maxley. “Slowly you walk a bit further, then a bit further, and eventually your confidence returns.” 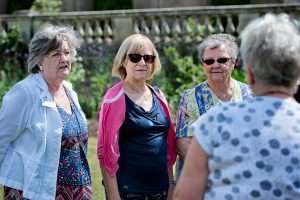 The team from UpBeat

“The NHS hasn’t got the money. People who have had heart surgery are offered rehab for half a day a week, for six weeks. They get to the end of it and go ‘what can we do now?’ We have 750 members supported by 35 volunteers. We need other people to set up more Upbeats around the county.”

“Medical and animal welfare charities, each receive over double the amount of charitable giving each year. All giving is good, but compare this to less than half the amount being donated to charities that work with older people and factor in the growing number of older people in Suffolk, and you can see why we to bang the drum locally to get them stronger support.’’ explained Tim Holder, Head of Public Affairs at Suffolk Community Foundation.

Charities empower Suffolk’s older people to maintain a good quality of life, whatever their circumstances, but they need money, and volunteers of all ages. A few pounds, or a few hours, can make all the difference.

Would you like to find out more about how you can get involved? Get in touch here, or give now.